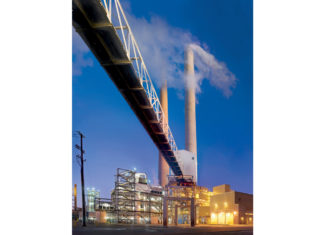 West Virginia state regulators have approved the request of local utilities to keep three coal-fired power plants open through the next two decades.

The order by the state’s Public Service Commission gives new leases on life for the Amos, Mountaineer and Mitchell generating stations, which altogether total close to 6 GW in generation capacity. Two other states, Virginia and Kentucky, had refused to approve effluent limitation guideline (ELG) upgrades required for the plants’ continued operations.

By contrast, the West Virginia PSC ruled, those states will not be permitted to use any of the capacity or energy generated by the coal-fired plants since they will not share in the cost of the improvements.

The utilities, Appalachian Power Co. and Wheeling Power Co., must file separate requests for cost recovery to pay for ELG and coal combustion residue (CCR) upgrade work. Some estimates have those expenses as potential raising customers’ bills by about $2.64 per month.

Overall, the estimated total cost of bringing all three coal-fired plants into environmental compliance is nearly $450 million. The cost of replacing the collective generation at Amos, Mountaineer and Mitchell with other means was estimated at $2 billion or more if they were prematurely retired, according to the PSC report.

“The order points out that benefits of the plants’ continued operation to the state’s economy are considerable,” reads the PSC release about the decision. “Direct employment at the plants; use of West Virginia coal; state, county and local taxes related to operating generation plants; and related employment in businesses supporting the plants and the coal industry cannot be discounted or overlooked.”

Mountaineer Power Plant is owned by Appalachian Power parent AEP and generates close to 1,480 MW at capacity. Amos is a three-unit coal-fired plant also is owned by AEP-Appalachian and rates at 2,933-MW capacity, according to reports.

The future of coal-fired generation is a key topic for sessions happening at POWERGEN International this January 26-28 in Dallas. Registration is now open for the live event.

The October 27 online POWERGEN+ series will feature sessions around carbon capture and gas-fired power’s role in the energy transition. Registration is free and sessions available live and on demand.