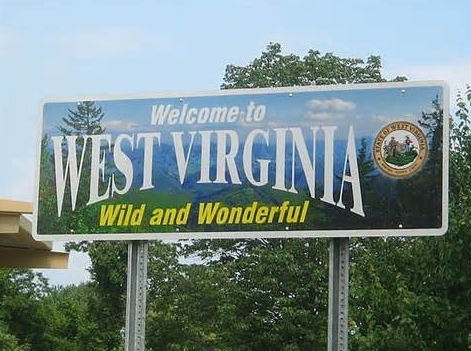 Under the Public Utilities Regulatory Policy Act of 1978 (PURPA), AmBit in the late 1980s proposed to construct and operate an 80 MW (net) waste-coal fired facility in Marion County, West Virginia. In 1988, the commission approved the EEPA and provided for cost recovery by Mon Power of purchased power expenses associated with the EEPA through future fuel review or similar proceedings. In May 1993, the project, called the Grant Town Power Plant, commenced commercial operations.

Said the June 5 joint petition: “AmBit represents that it is in financial difficulty as a direct result of increased operating costs. It has defaulted on the principal payments that support the Revenue Bonds and it has been unable to pay lease rent on the property it occupies in Marion County. Unless the EEPA can be amended to increase AmBit‘s annual revenues, AmBit will be forced to discontinue operations or seek a judicial reorganization. AmBit has presented information to Mon Power and the Commission Staff that supports its representations concerning its financial circumstances and its inability to continue operations without additional annual net revenues.

“AmBit and Mon Power have conducted a series of negotiations to identify EEPA amendments that would stabilize AmBit’s financial condition, preserve the employment and tax benefits its operations provide, safeguard the Project’s contribution to Mon Power’s capacity portfolio, and accomplish these goals with a manageable rate impact on utility customers. With the assistance of the Utilities Division, AmBit developed and proposed a set of EEPA amendments that AmBit and Mon Power believe will meet these objectives. After weighing the customer rate impacts to arise from the amendments against the potential loss of the Project and the negative economic, tax base, and environmental impacts associated with that loss, Mon Power has agreed to join in this Joint Petition to submit the EEPA amendments for the Commission’s consideration.

“This pricing mechanism will allow AmBit’s net revenues to move with the market price of energy, capacity, and ancillary services in PJM over time, subject to the capacity cost floor and ceiling provisions. The pricing mechanism will be analyzed on a monthly basis to determine whether market prices are high enough for the market approach to be triggered. Based on current market prices, the market price mechanism is not expected to be triggered in the near term except perhaps during a peak month when prices escalate. When triggered, the 85% of market discount will provide lower costs to the customers than otherwise would be achieved through spot market purchases if the Project were no longer operating.”

The application added: “This amendment to the pricing mechanism is not likely to give rise to any increased cost to Mon Power and [Potomac Edison] customers before October 2017. At that time, Mon Power’s annual purchased power expense from AmBit will increase by approximately $4.6 million per year as compared with the scheduled capacity cost reduction that would otherwise go into effect in October 2017 under the current EEPA. This amounts to less than one-half of one percent (0.5%) of the current combined West Virginia rate revenues of Mon Power and [Potomac Edison].”

Monongahela Power and Potomac Edison, both of which are subsidiaries of FirstEnergy (NYSE: FE), have for years had coordinated operations in West Virginia.

“AmBit represents that if the Amendment Agreement is approved, the economic benefits of the Project to West Virginia in general and Marion County in particular will be preserved. The Project employs 54 people in full time positions and has created 58 additional jobs throughout the economy of the state. These 112 full time jobs generate $9.44 million annually in terms of employment compensation.

“The total impact of AmBit’s expenditures on the Gross State Product of West Virginia is estimated to be at least $34.4 million annually in 2014 dollars. AmBit pays taxes of nearly $2 million per year. It generates approximately 640,000 Renewable Energy Credits annually for Mon Power. In addition, 565,000 tons of waste coal is consumed annually, and the ash generated is a Beneficial Use ByProduct used by AmBit, mine operators and others to reclaim waste coal and fracking sites, control acid mine-water, and remediate other wastes. Over 200 acres of abandoned waste sites have been reclaimed and restored to-date. Assuming operations continue through 2036, approximately 24 million tons of waste coal will be used and over 500 acres of land reclaimed.”

“To that end, AmBit seeks to implement the Amendment Agreement not later than August 21, 2015. Accordingly, AmBit requests that the Commission grant this Joint Petition expedited consideration in accordance with the Commission’s applicable procedures and to enter an Order granting the relief specified below on or before August 21, 2015. Mon Power consents to AmBit’s request for expedited relief.”

This article was republished with permission from