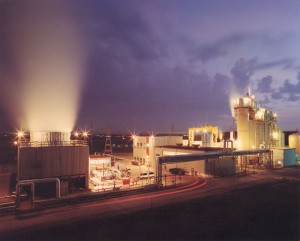 General Electric, one of coal power’s historic leaders and manufacturers, said it will exit the new-build market as soon as possible.

GE’s Steam Business will continue work on existing projects as it pursues the exit. The separation may come in several firms, including divestitures, site closings, job cuts and possibly spinning off subsidiaries.

Coal-fired power has taken a major hit in developed countries in recent years, as they pursue aggressive emissions reduction goals. Hundreds of coal-fired plants are being closed in the U.S. alone.

The company doubled down on coal-fired and turbine power when it acquired Alstom earlier in the past decade, but the $9.5 billion deal was a major financial loss amidst declines in European and U.S. markets. GE said its Steam Power division will continue to deliver turbine islands for the nuclear market and service existing nuclear and coal power plants.

“With the continued transformation of GE, we are focused on power generation businesses that have attractive economics and a growth trajectory,” Russell Stokes, CEO of the GE Power portfolio, said in a statement. “As we pursue this exit from the new build coal power market, we will continue to support our customers, helping them to keep their existing plants running in a cost-effective and efficient way with best-in-class technology and service expertise.”

Coal-fired power still makes up more than 20 percent of the U.S. electricity capacity mix, but has dropped from a nearly 40-percent share a decade ago. Gas-fired capacity, driven by low prices and historic production volumes, has moved into first place in the mix, while renewables such as wind and solar also are growing.

In the developing world such as Asia Pacific and India, coal-fired power projects are still being financed and built.

The Future of Coal-Fired Generation will be a conference track at POWERGEN International. POWERGEN and DISTRIBUTECH Internationall will co-located March 30-April 1 in Orlando, Florida.