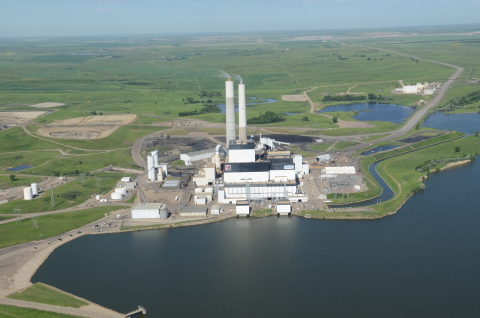 The FEED is being funded by the U.S. Department of Energy’s Office of Fossil Energy and managed by the National Energy Technology Laboratory. It is part of a larger initiative to advance carbon capture technology development.

“We are excited to take the next step forward with Project Tundra and begin working with Fluor on the advanced engineering and design of a carbon dioxide capture system at the Milton R. Young Station,” said Mac McLennan, Minnkota president and CEO. “The innovative technologies being evaluated have the potential to serve as a blueprint for the rest of the world to significantly reduce carbon dioxide emissions without sacrificing grid reliability and affordability.”

It is a primary generating facility for Minnkota, according to the cooperative’s website. Young Station also is the starting point for the Square Butte high voltage direct current transmission line from Center, N.D., to Duluth, Minn.

With Project Tundra, Minnkota Power Cooperative hopes to build one of the nation’s biggest carbon capture projects. As planned, the technologies could contain up to 90 percent of the carbon dioxide emissions from the Unit 2 generation.

A deep porous rock layer more than one mile underground would keep the carbon contained. The project costs could be about $1 billion, but result in a goal 95 percent total carbon reduction, making net emissions lower than a gas-fired unit, according to reports.

The Future of Coal-fired Generation is one of the key content tracks in the upcoming POWERGEN International conference workshops. POWERGEN 2020 is planned for December 8-10 in Orlando, Florida.