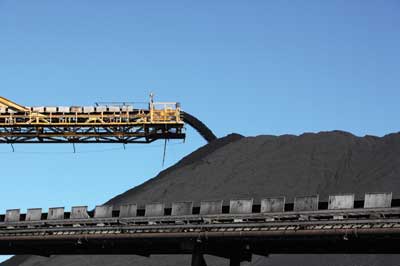 Record gas prices across Europe saw coal and lignite make up a greater share of Europe’s fuel mix than gas in the third quarter of 2021.

That was one of the key standouts from the latest report from energy market data analyst EnAppSys, European Electricity Generation Summary Q3-2021.

Jean-Paul Harreman, director of EnAppSys BV, said: “The sustained trend of increasing gas prices across Europe was driven by several factors, including the need to replenish low levels of storage resulting from a long cold winter last year, high levels of global LNG demand and limited flows of Russian gas into Europe as Russia reportedly sought to replenish its own storage stocks.

“The high price levels flipped the economics of coal/lignite versus gas-fired generation, despite the high price of EU Emissions Trading Scheme (ETS) allowances resulting from the increased demand caused by such fuel-switching.”

The third quarter of 2021 saw electricity demand reach 653TWh, slightly below levels in most previous years although 2% higher than in the COVID lockdown-affected Q3 last year.

Renewable output contributed more than 40% of total generation in Q3, as increasing levels of installed wind capacity offset the impact of reduced wind speeds throughout the period. After low levels of output in Q3 last year, nuclear output of 184TWh returned to levels more typically seen in the same period in previous years.

The EnAppSys report, GB Electricity Market Summary Q3-2021, shows that in the United Kingdom, record-breaking power prices were seen in the third quarter as margins of generation over demand were squeezed due to very low wind output.

System prices, day-ahead prices and within-day off-peak prices all increased dramatically from the previous quarters – and hit record highs towards the end of the quarter.

Paul Verrill, director of EnAppSys, said: “High wholesale electricity prices throughout the quarter were driven by gas prices, which were already high at the start of the quarter at £31.37/MWh and continued to rise further as the quarter progressed. The price passed £50.00/MWh on September 13 and closed the quarter at £72.01/MWh, showing no signs of easing. A major contributor to this is the global gas shortage, with total European stored gas reserves not yet replenished after a long winter and being around 25% lower than the same period last year. Indeed, these reserves were lower than in any Q3 since 2015.

“Carbon allowance prices were also at an all-time high, rising consistently from August onwards and peaking at £75.57/te on the penultimate day of the quarter. This also fed into the high level of wholesale electricity prices seen throughout the quarter.Sign up for our newsletter and stay informed

“The break-even cost of gas generation increased to such a degree that by mid-September, at times it became cheaper to generate using the least efficient coal units than the most efficient gas units.

“The record prices were also driven by lower wind output, which was 28% down on levels seen in the same period last year, while low nuclear utilisation and unfavourable conditions for solar further reduced supply margins.

“Looking ahead to Q4, if levels of renewable generation remain low, trends of high prices are likely to continue into the winter.”

Due to the low levels of renewables and nuclear, interconnectors from the continent saw record level import volumes, although a fire at the IFA interconnector in September reduced capacity in the last two weeks of the quarter.

“The average system price was £126.14/MWh, the highest of any quarter back to the start of our dataset in Q4 2011, with the next highest being an average of £74.85/MWh in the previous quarter.

“Auctions for the UK Emissions Trading Scheme allowances launched in May 2021, with clearing prices initially higher than those for the EU scheme that it replaced, amounting to £48.01/te for GB compared with £42.37/te for EU. They had converged to within around £2.00/te from June until September, but then diverged with GB prices peaking at £75.57/te on September 29, while EU remained under £55.00/te.”

The third quarter of 2021 also saw ten energy suppliers cease trading amid the surge in wholesale gas prices, most notably Avro, Green and People’s Energy. In total, more than 1,840,000 customers were affected.

All reports are available online.