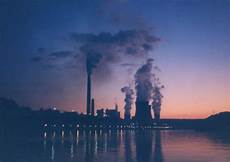 The coal supply contracts would run from this year’s final quarter through 2023. The deadline is by Sept. 29.

Although the company is aiming for an 80-percent reduction in carbon emissions by 2030, coal-fired power accounts for 28 percent of the utility generation mix, compared to 45 percent 11 years ago. Since 2010, AEP has retired or sold nearly 13.5 GW of coal power.

Among AEP’s operational coal-fired power stations include Cardinal in Ohio, Flint Creek in Arkansas, Northeastern Station in Oklahoma and others. The 642.5-MW Dolet Hills coal-fired station in Louisiana (pictured) is set for retirement by the end of this year.

Coal-fired power has diminished significantly in recent decades, but still represents about 20 percent of the U.S. electricity resource mix.

The Future of Coal-Fired Generation is a key component of the power sector and will be at POWERGEN International when it happens live Jan. 26-28 in Dallas. POWERGEN tracks include Decarbonization, the Future of Electricity, Optimizing Plant Performance and the Trends in Conventional Power knowledge hub.